According to Tom Emmer, a crypto advocate and U.S. congressional representative for Minnesota, the SEC has been offering FTX special treatment and turning a blind eye to the exchange’s practices despite holding multiple meetings with the exchange’s Executives earlier this year.

The politician has said that SBF attempted to get “special treatment” from the SEX through meetings with the agency, and aimed to push legislation to the same effect.

The collapse of FTX leaves a big question mark as to how the SEC, or rather, any regulatory body within the financial system failed to see this coming. Just to be clear, FTX did not fail because of one or two bad calls and hard luck. FTX was in fact so disorganised that the new CEO, John Ray has said that:

The entire mind-numbing dumpster fire that is the internal FTX structure was outlined in the FTX bankcrupcy report. Go check it out if you haven’t already, it’s wild stuff. But basically:

Loans and expenses were being approved using emojis

SBF instructed the staff to use auto-destroying messages when communicating

In light of all this, along with SEC’s failure to act, Tom Emmer has said that:

“They [the SEC] were working, apparently, with Sam Bankman-Fried and others, to give them special treatment from the SEC that others aren’t getting, Sam Bankman-Fried was pushing special-treatment legislation through congress. when it was finally revealed what it was, and the industry started raising red flags all over the place, that’s when this thing came apart,”

Emmer also drew attention at the regulator’s failure to protect investors from some of the other crypto collapses that took place this bear cycle such as: Terra, Celsius and Voyager. Emmer added that the regulators seem to be preoccupied with going after the good actors in the industry and working backroom deals, instead of focusing on the ones that are doing nefarious things.

This highlights the lack of understanding from regulators, not just of how cryptocurrency itself works, but also of business practices in themselves. Yes, crypto can be confusing, but some concepts are universally true. Being able to identify ponzi schemes / scams and shady business practices should be a skill that the SEC employ gracefully and efficiently. Instead, they battle out the Ripple lawsuit until the observable universe ceases to exist.

In addition to the damage caused by inaction, there is also the consideration of enabling such reckless business practices in the first place. Regarding the SEC’s stance on this whole situation, it’s either incompetence or favouritism that allowed FTX to cause the chaos it did. Whichever one it is, it highlights that financial regulators need to be regulated themselves, and held accountable when they fail to do their job. 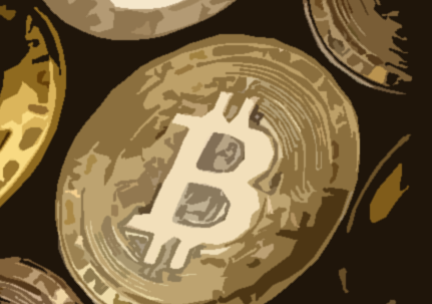